What is crypto currency ?

What is crypto currency actually means ? It is possible to counterfeit or double-spend digital currencies but is nearly impossible with cryptography. Blockchain technology is the basis for many crypto currencies, a distributed ledger enforced by a dispersed network of computers. Since crypto currencies are not issued by governments, they are virtually immune to government manipulation and interference.

Originally, crypto currency was based around the idea of sending money untraceably and without the need for centralized entities (such as banks). Digital money was introduced by American cryptographer David Chaum in 1995. As a form of cryptographic electronic payment, it required specific encryption keys to send the payment to the recipient, and it was withdrawn from a bank by user software.

Often called the predecessor to Bitcoin, Bit Gold was created by Nick Szabo in 1998. Participants were required to solve cryptographic puzzles using their computers, and those who solved the puzzles received a reward. The concept of Chaum and Szabo combined is what resembles Bitcoin.

A decade later, a mysterious individual or persons, using the pseudonym Satoshi Nakamoto, published a paper called Bitcoin that featured a solution to the double-spending problem (digital data can be copied and pasted).

The Beginning of Crypto currency

The Bitcoin blockchain network was described in the white paper published by Satoshi Nakamoto on October 31, 2008, Bitcoin – A Peer to Peer Electronic Cash System. At the end of August 2008, Satoshi made a formal start on the bitcoin project by purchasing Bitcoin.org. Blockchain technology is a key component of Bitcoin, and indeed all crypto currencies. This is not the subject of this article, but it is worth mentioning.

We were now in the midst of Bitcoin’s history. Bitcoin’s first block was mined by Satoshi Nakamoto on January 3, 2009. Satoshi incorporated a headline from The Times in the first block of code to refer to the economic conditions that led to Bitcoin. It is called the Genesis Block because it is the first block of 50 Bitcoins. Before the Genesis Block was created, Bitcoin was almost worthless. Six months after they started trading, the average price of one Bitcoin was less than 14 cents.

Became an Opportunity for criminals

It was Mt.Gox that collapsed and declared bankruptcy in January 2014, having lost approximately 850k bitcoins. Mt. Gox, for example, determined that the bitcoins had been sold for cash on various exchanges until one day they realized they were gone, even though there are no specific details as to what happened.

In spite of the fact that this is not a one-time event, exchanges are much better protected from hacks than they were before. In 2019, 7 major crypto currency exchanges were hacked, but exchanges now provide additional guarantees to keep reserve holdings protected. Secure Asset funds for users are one such guarantee offered by Binance. It is safer for crypto traders to store their crypto currency in a hardware or software wallet rather than on an exchange. In the early history of crypto currency, wallets such as these weren’t so widely available.

Bitcoin, which is still the most valuable and most widely used blockchain crypto currency, was the first to be developed. Many crypto currencies exist today having various functions and specifications. New currencies have been created from scratch instead of forking or copying Bitcoin. 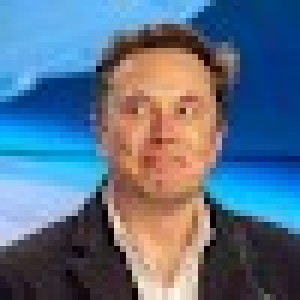